Arabic names have traditionally been based on a long naming system. Unlike the American names, for example, Arabic names can consist of four names or more, identifying the name of the person, father’s name, grandfather’s name, and finally the family name.

In this Arabic name, أحمد محمد علي العدوي, أحمد is the person’s name, محمد is his father’s name, علي is his grandfather’s name and العدوي is the family name. 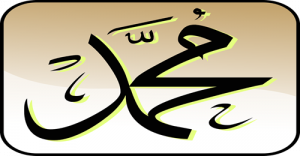 Finally, in the Arabic cultures, titles tend to preface Arabic names. For example, الدكتور  ياسر , المهندس سامي, which can be rendered as Doctor Yasser and Engineer Sami. Here, the titles الدكتور  and المهندس  are professional titles that preface the persons’ names. These titles help identify the professional, academic, and social status of the addressees. Culturally, Arab people tend to dignify titles and feel most of the time socially obliged to mention these titles whenever they address people. Some of these titles are abbreviated in writing as follows:

Activity (15): Think about names of Arab people you know or search online to check on five names and their meaning. Share with your teacher in class.

Elementary Arabic II by Ayman Mohamed and Sadam Issa is licensed under a Creative Commons Attribution 4.0 International License, except where otherwise noted.